Hey, just so you know ... this post is now about 4 years old. Please keep that in mind as it very well may contain broken links and/or outdated information. 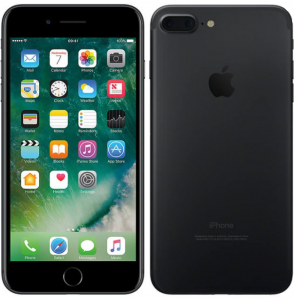 Right after Thanksgiving my iPhone 6 Plus started exhibiting the symptoms of touchscreen disease: the screen would just stop responding to taps (unless I turned it off and back on again), would scroll erratically (or not at all), and had a slight yellow tinge around the edges. I toyed with the idea of getting a “new” device from someplace like Gazelle or eBay, but decided to just re-up with AT&T. After figuring out their byzantine terms and condition for the AT&T Next program, I placed my order for a new matte black 128gb iPhone 7 Plus and had it a few days later.

After backing up my current device to iTunes and iCloud, I was ready to restore to my new iPhone. Ah, but not so fast … the 7 Plus came with iOS 10.1 installed so first I had to download and upgrade to iOS 10.2 before I could continue. Finally I was able to kick off the final sync to get all of my music downloaded, apps installed, etc.

I had forgotten what a pain it can be transferring to a new phone. It’s definitely easier than it used to be, but I still had to launch every application and re-login. Additionally, you can’t easily transfer the codes in the LastPass Authenticator. I had to log into each site that I had configured for 2FA (Google, Amazon, Microsoft, GitHub, etc.) and add my new device to the app (which sometimes involved disabling two-factor authentication and enabling it again). I also had to re-pair with my Bluetooth devices like my car and M50 headset (but my LE devices like my FitBit One and Automatic Link auto-paired without any intervention from me, so maybe that comes across with the iTunes backup, not sure).

Going from a 6 Plus to a 7 Plus wasn’t a huge change for me as physically the phones are identical. I went with my standard Spigen slim case and matte screen protectors and am pretty happy with the new phone so far. There are only a few minor differences/areas I need to explore: