Hey, just so you know ... this post is now about 9 years and 9 months old. Please keep that in mind as it very well may contain broken links and/or outdated information.

My sister came into town for the Easter weekend and yesterday we spent the day at Disney’s Hollywood Studios over in Orlando.

The park was really crowded, evidenced by how quickly the FastPasses were being distributed: we got there around 10am and went immediately to the Pixar area to get FastPasses for Toy Story Mania and yikes, our return time was 5:30pm! We also ended up with a 7:15pm time slot for the Tower of Terror and 9:15pm for the Rockin’ Roller Coaster. 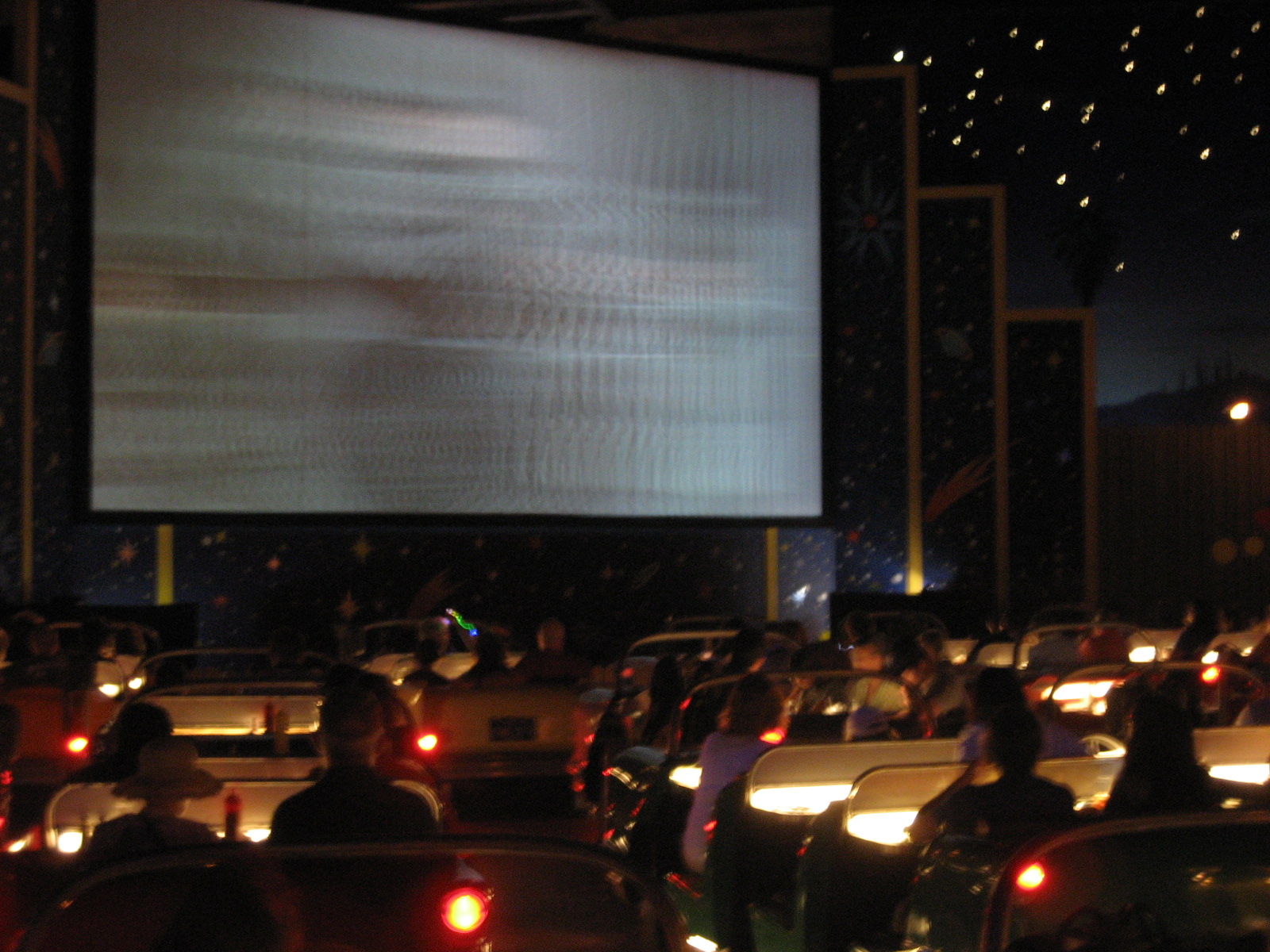 We had lunch at the Sci-Fi Dine In Theater. My daughter and sister had never eaten there and my wife and I hadn’t been there since the mid-90s. It’s modeled after an old drive-in movie theater where you sit in little cars and watch old black-and-white movies on the screen while the wait staff roller-skates around.  It’s cute (cool ambiance) and the food is decent (I heard the milkshakes are great but I went with a flavored vanilla coke instead). I amused myself by MSTing the old movies and commercials while we ate.

Since we had all day before we could ride those “popular” attractions, we spent the rest of the day wandering around taking in the shows and other rides like the Indiana Jones Stunt Spectacular, Star Tours, the American Idol

Experience, the Great Movie Ride, Beauty and the Beast,the 3pm Block Party Parade, and Drew Carey’s Sounds Dangerous. We even went through the “One Man’s Dream” exhibit that details the history of the Disney family and how Walt went from humble newspaper cartoonist to family media mogul, including dioramas and models and drawings of the various parks and plans.

After finally getting to ride Toy Story Mania around dinnertime, we split up for a bit. My wife and daughter went to see the American Idol final show while my sister and I went to MuppetVision 3D and also rode the Tower of Terror (or, as we renamed it, the Tower of Awesomeness!). We had gotten four FastPasses for ToT but since my wife and daughter ended up not going, we made two girls’ day by offering them the extra tickets so they didn’t have to wait in the standby line.

We met back up with the other half of our party to go to the 8:30pm showing of Fantasmic, which was great, but a little chilly. We were in rows near the front and the cool evening breezes were blowing some of the spray from the water screens on us. By the time we finally got 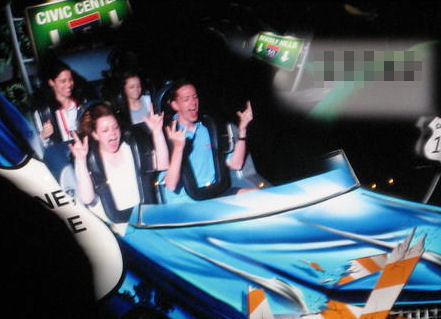 out of the Hollywood Hills Amphitheater (Disney really needs to re-work the exit strategy on that venue) it was time for our last FastPass: Aerosmith’s Rockin’ Roller Coaster.

My daughter hadn’t liked the coaster the last time she rode it but I was proud of her for giving it another try. We even got to ride in the front car! My sister and I sat up front, with my wife and daughter right behind us. It was a blast! I love that coaster …

That was a perfect way to end the day. Considering how crowded the park was, really the longest line we waited in was to get our picture taken with the characters from Up! (Doug, Russell, and Carl). All of the FastPass lines worked out great and we got to see and do everything we wanted to.