281 days ago, my Tampa Bay Lightning won the Stanley Cup for the 2nd time in franchise history in the Edmonton bubble. Tonight, they won it again, beating the Montreal Canadiens 1-0 in Game 5. 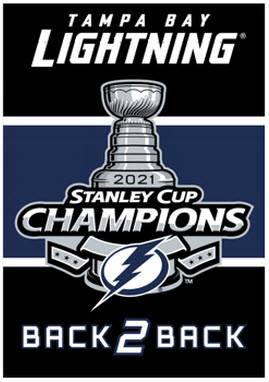 The Lightning are the 17th team in the history of the NHL to win back-to-back Stanley Cup Championships. Also for the 17th time in league history, a goalie was awarded the Conn Smythe trophy. Andrei Vasilevskiy had an amazing season and even though he was denied the Vezina (again!), he was obviously the most valuable player in the playoffs, playing in every playoff game (including last season!) and recording 5 shutouts (every series-clinching game was a shutout, incredible!).

The boat parade is Monday. Way to go Bolts!!