Hey, just so you know ... this post is now about 10 years and 8 months old. Please keep that in mind as it very well may contain broken links and/or outdated information.

Last week I stumbled on a deal over at Woot!: a refurbished Asus EeePC 900A (1gb RAM, 4gb SSD) for $160. My addiction to shiny things had me clicking on the “Buy” button before I could stop myself. Considering my original 4G Surf cost twice that (albeit over a year ago) it was too good a deal to pass up.

The 900A has a 9″ screen (running at 1024 x 600 resolution) and is overall slightly larger than my 4g Surf (it still fits nicely into the neoprene sleeve case, though). Like my 4G Surf, it also lacks Bluetooth and the webcam. 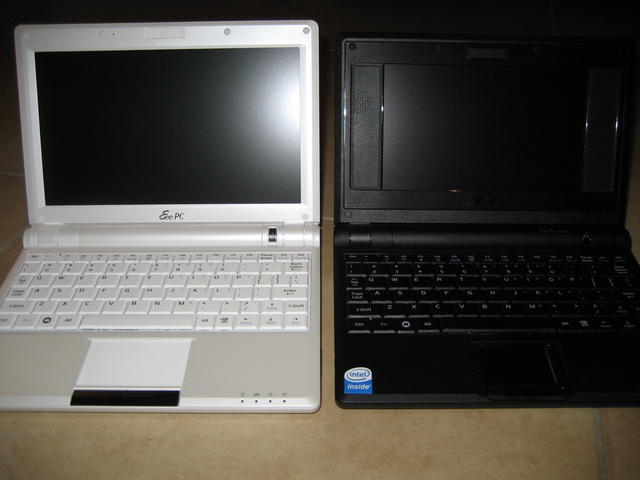 Out of the box it had the Xandros Linux distro installed but I wasn’t about to go back to using that. From the moment I ordered the unit I had plans to put the Windows 7 release candidate on it.

The first thing I did was a quick disk image using eeebackup just in case I should ever want to put the clean Xandros image back on it. Then it was time to research how to install Windows 7. Cramming a full Windows 7 install into 4gb of hard drive space requires some creativity. Luckily there are a lot of creative hackers out there. I ended up using a combination of various blog and forum postings (see the end of this post for the links) to create a bootable, vLite‘d version of the Win7 RC on a thumb drive and then used that to install it on the 900A: 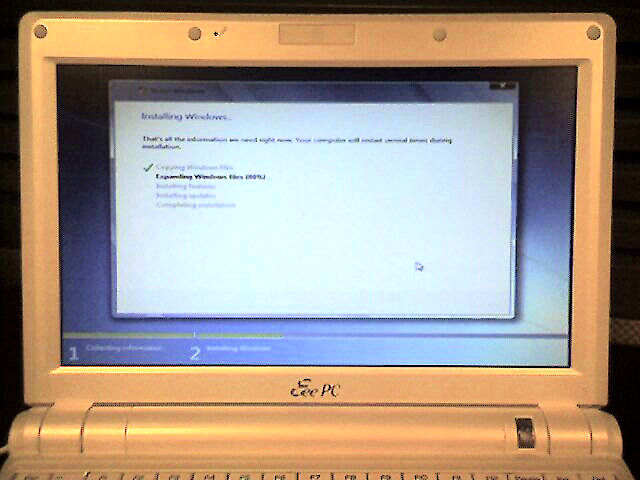 After some post-install configuration, cleanup, and compression, I had a trimmed down (but functional, even with Aero effects!) version of Windows 7 on my new Eee with about 1.4gb free on the SSD. 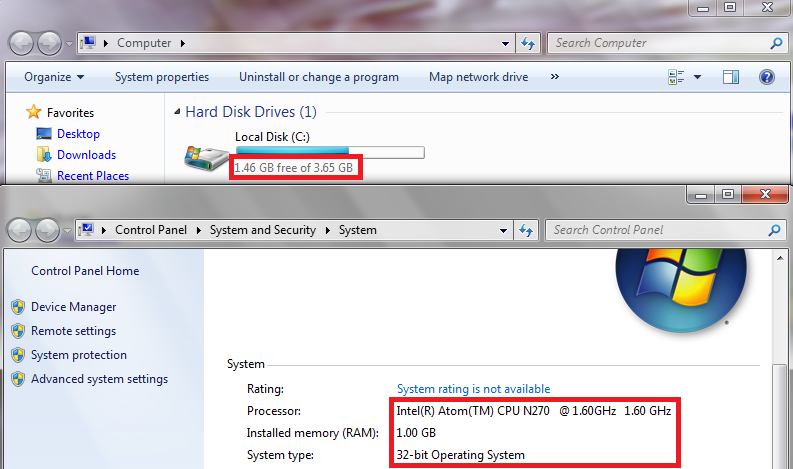 I still need to put some more software on it (like AV software, Firefox, and maybe Office) so that final free space number will most likely be smaller. I’ll probably end up having to use an SD card for cheap, extra storage.

I think I’m taking a performance hit since I compressed the entire drive. Windows 7 isn’t super snappy, but it runs. I’ll give it a shot for a while and see how it goes before I consider switching to Ubuntu like I did on my 4G Surf.