It’s the start of summer, time for our (now) annual Memorial Day Weekend trip to Disney! We had planned this back in January before my daughter went back to school since this would be our only opportunity to all go together before our annual passes go into the summer blackout period and my daughter heads to a summer language program in Vermont at the end of June.

END_OF_DOCUMENT_TOKEN_TO_BE_REPLACED

A few weeks ago while browsing the Homeseer forums (which have been inundated with Insteon users lately, after the sudden shutdown of the service), I came across a thread about integrating Homeseer with Apple’s HomeKit using Homebridge. Everything in my home automation setup has been working fine, but I’m always looking for new ways to tinker and expand. I use HSBuddy on my iPhone to control my HS devices, but I thought it would be cool if I could use Apple’s Home app instead, which would also make it easier for my wife to use.

END_OF_DOCUMENT_TOKEN_TO_BE_REPLACED 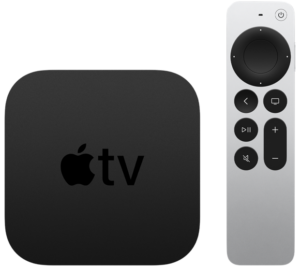 END_OF_DOCUMENT_TOKEN_TO_BE_REPLACED

Hanging out in the RAV4 Prime forums over on RAV4World is dangerous: people are always posting the cool accessories and customizations they’ve made to their vehicles. Based on some threads there (and in the Facebook group), I decided to try installing a dash cam!

The recommended model was the Fitcamx Dash Cam but according to their web site (and the item page on Amazon) the current model wasn’t compatible with the 2022 RAV4. The photo they had showing the incompatible camera housing didn’t match mine though (it had vents, mine has no vents) so I sent them some photos asking if it would indeed work. They said it would, so I ordered one.

END_OF_DOCUMENT_TOKEN_TO_BE_REPLACED

Tomorrow It’s “gonna be May” which means it’s time for my annual spring sports update and Ubuntu upgrade!

Now on to the latest Ubuntu release, 22.04 LTS (Jammy Jellyfish), which came out last week.

END_OF_DOCUMENT_TOKEN_TO_BE_REPLACED 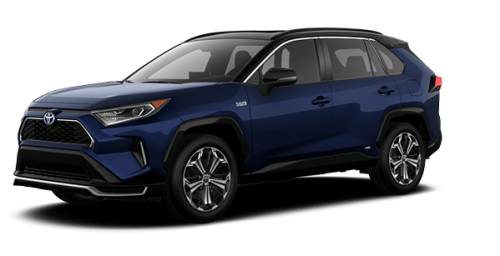 At the end of February my (until now) trusty 2013 Toyota Highlander had a sudden and unexpected engine failure which, no longer having a working car, sent us on a stressful week and a half of decisions, research, and frustrating shopping (it is really not a good time, supply-chain wise, to be buying a new car).

I’ve been driving Highlanders (well, two of them anyway) since 2003. Now that my daughter is off at college (and almost done, at that) I knew my next vehicle was going to be downsized: we no longer needed the cargo capacity, V6 engine, or towing capacity of a large SUV, but still wanted an SUV (or crossover). Since I am pretty fond of Toyotas (we’ve owned two Highlanders, a Camry Hybrid, and a Prius) I was already considering the RAV4 as my next car.

I won’t go into the details of that stressful time but suffice it to say we had a stroke of luck near the end of our ordeal and wound up with our fantastic new SUV: the 2022 Toyota RAV4 Prime XSE.

END_OF_DOCUMENT_TOKEN_TO_BE_REPLACED

Mid-March would typically find me out in Arizona for my annual spring training trip to see my Cleveland Guardians but the past two years have seen my trips cancelled (first for the pandemic, and now the MLB lockout). This year’s trip was also planned around a side-trip to Seattle to see the Lightning play the Kraken (my sister is a inaugural season ticket holder for the new NHL franchise). With our planned baseball games cancelled, I decided to just spend the entire week in Seattle with my sister.

END_OF_DOCUMENT_TOKEN_TO_BE_REPLACED

I thought I tended to upgrade my home PC roughly every 5 years but looking back I got my Dell mini-tower in 2008, then built my current desktop, the Intel NUC in 2015, a gap of 7 years. And now in 2022, another 7 years later my new desktop is … a laptop.

I don’t know why it took me so long to decide to make my daily driver a laptop. I got the NUC primarily because I had just gotten a standing desk and wanted something small to sit on top. And when I was away from home, I usually had my work laptop/Surface with me. But as I was considering my next “desktop” PC I realized a big laptop as a desktop replacement made sense. I’m not a gamer so I don’t need an extreme graphics card (which are hard to come by now anyway), I have a good multi-monitor setup since I work from home so I wouldn’t need to stare at a laptop screen all the time, and a docking station could easily make up for the extra ports I use.

After performing my usual research, I decided to go with the hp Spectre x360 16 2-in-1 convertible laptop.

END_OF_DOCUMENT_TOKEN_TO_BE_REPLACED

To celebrate our 25th wedding anniversary and my daughter’s 21st birthday this year, we spent Christmas and New Year’s on a 11-day Panama Canal cruise on the Norwegian Pearl!

END_OF_DOCUMENT_TOKEN_TO_BE_REPLACED

Note: found this in my drafts … guess I forgot to post it back around October 17th, oops!

After a winning a franchise record 100 games, the Tampa Bay Rays’ season ended quickly in the ALDS losing in 4 games to the (ugh), wildcard Boston Red Sox. My Indians finished their last season as the Indians and although I’m still not enamored with the new Guardians name, I am looking forward to getting back out to Spring Training in March! Brady and the Bucs are sitting at 5-1, and after a 3-1 start, unfortunately Baker and the Browns are at 3-3. The Lightning’s season is just getting started but the 2020 and 2021 defending Stanley Cup Champions are 2-1 and both wins were in OT. Almost forgot about the Cavs … their season starts this week.

Ubuntu 21.10, Impish Indri, was also released this week, so it’s time to upgrade! This one was a bit problematic and almost all of the problems were due to the inclusion of PHP 8:

The list looks short, but it took me a while to work through everything. This is what I get (and I accept it!) for upgrading right away without letting a few days pass and see what kind of problems other people have.

Anyway, that settles things until April, by which time I’ll have hopefully spent some time watching baseball in the Arizona sun before the next upgrade to Jammy Jellyfish!