Hey, just so you know ... this post is now about 1 year and 4 months old. Please keep that in mind as it very well may contain broken links and/or outdated information.

Last year on New Year’s Eve my Cleveland Browns finished their perfect 0-16 season. They closed out the 2018 season just shy of a winning season with a 7-8-1 record and Baker Mayfield broke the record for most touchdown passes by a rookie quarterback in his first season. 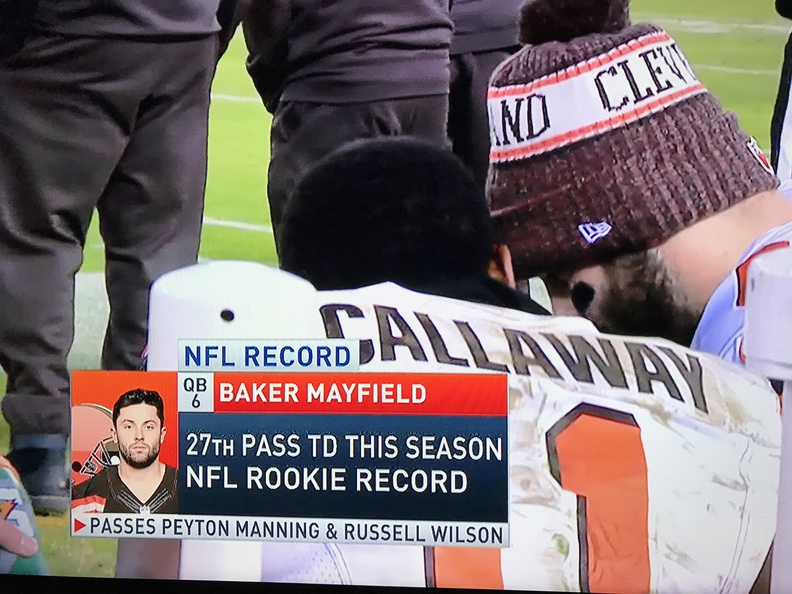 Both the Browns and Bucs will be looking for new coaches this year (Hue Jackson was fired back in October and Derek Koetter was fired on Sunday after the Bucs finished with another 5-11 season).

The Lightning closed out December “unbeaten” (just a single overtime loss) and are the #1 team in the league going into the new year.

The Cavs are back to losing now that Lebron James is gone (again), sitting at the bottom of the Eastern Conference with an 8-29 record.

The Rays aren’t getting a new stadium anytime soon, which is making people wonder how much longer they’ll be in Tampa Bay.

Coming up in 2019, the Indians will host the All-Star Game for the first time since 1997 when Sandy Alomar, Jr. hit that homer and was named the game’s MVP (I was watching down at the Field of Dreams at Nautica). I hope to get up to Cleveland in July to attend (I’ve already got my annual Arizona spring training trip planned).

What about my New Years’ resolutions? I’m going with something counter to the norm. Instead of drinking less (which I don’t do a lot of anyway) and inspired by the drinks I had on our Thanksgiving cruise, I’m going to learn how to make more cocktails! 😀